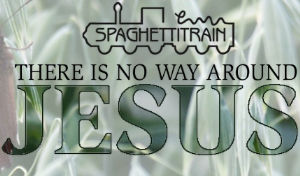 In an effort to help Live Intentionally readers reach their dreams and inspire others, I’ve invited you to share your dreams. Every Friday I’ll feature another reader & their dream. Today’s post is by Lennart Östman…

I’m a composer, photographer and web designer. I was saved as a teenager but later drifted away from Christ. As I met my wife I came back to Jesus from many wasted years in new age nonsense. I’ve always listened to a lot of record artists and had a huge cd collection.

One day while watching a live dvd by Rush the Lord told me to stop watching it. I didn’t and had an awful day for not obeying. The Lord then led me to throw all my over 300 cd’s with worldly artists in the trash and this time I obeyed. Not much was left but big holes in my music collection. God later led me to several christian artists within the genre I like most – progressive rock.

This started me off in a new direction in my own music making. But as I listened to a lot of christian artists two thing became clear to me.

1 – There is a huge spiritual difference between writing music about love, fantasy or politics and writing music about Jesus. All music is a carrier of spirit, and when we play praise music to the Lord, the praise must be not stay in the lyrics, but most also be in the guitars, the bass and every other instrument!

2 – Musically there is really very little difference between christian music and the worlds music. (there are exceptions)

The devil has formed a huge part of the worlds culture, and much of that we have brought straight into our christian culture, without thinking. I see a great need for a new christian form language within all cultural expressions.

Take distorted guitars for instance. Why do we like distorted guitars? Because they are powerful. But the way they are most often used in popular music they don’t convey power but rather chaos. We use them as we have been taught from the rock bands of the sixties and seventies. But the teenage revolution of the sixties had very little to do with God. This is the form language of the devil and it has nothing to do in christian music. I don’t mean we are to stop using distorted guitars but we should use them to convey the power of the Lord and not the chaos of the devil!

Another thing is the decline of real melodies. In modern music, worldly and christian alike, melodies have  at large been replaced by moods. Moods are all about feelings, and although feelings are very nice and a creation of God, they should not be allowed in the driving seat of our lives, or our music. The angels of God don’t play new age washy techno drones in front of the throne, I’m quite convinced there are totally wonderful melodies there.

There are many more examples from music, movies, painting, theater, you name it.

My dream is the quest of a new Christian form language. To learn how to create like the Lord creates and to teach this to others. Right now I’m in the learning phase of it.