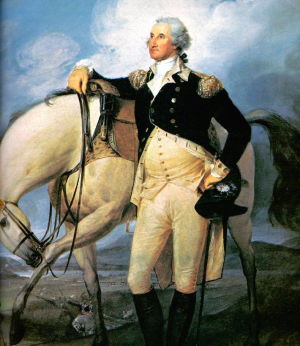 Today is George Washington’s birthday.  Washington not only led the American colonies to their independence and was the first U.S. president, but he said a lot of wise things along the way.  So, to commemorate his birthday, I asked you all through Twitter, Facebook, G+ and Empire Avenue to help me compile a list of quotes from George Washington.  Thanks to all who contributed.  Here are…

It’s worth noting that many quotes have been misattributed to Washington, some accidentally others probably by someone with an agenda.  It becomes particularly challenging these days of social media as once something is attributed to somebody once, lots of people will share/retweet/repost the misattributed quote.  If your favorite Washington quote wasn’t included here, you might want to double check that he actually said it, and said it first.

So, what’s your favorite George Washington quote?  Chopping down any cherry tree’s today to celebrate?

15 thoughts on “16 Quotes from George Washington”