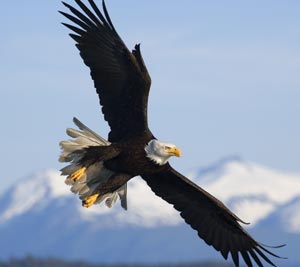 Happy Independence Day to my fellow Americans and to  everyone around the world who values freedom.  Thanks to those of you who responded to my tweet last night asking for your favorite quotes about freedom.  Here are some of those, plus some of my favorites.

So if the Son sets you free, you will be free indeed. -John 8:36 (tweeted by @vancematthew)

America, home of the free because of the brave. -unknown (tweeted by @jillbwritepaint)

Those who deny freedom to others deserve it not for themselves. -Abraham Lincoln (tweeted by @contentntexas)

The cause of Freedom is the cause of God! -Samuel Bowles (tweeted by @contentntexas)

Freedom without boundaries is like a river without banks. -unknown (tweeted by@vaughangranier)

He that would make his own liberty secure, must guard even his enemy from opposition. -Thomas Paine

History does not teach fatalism. There are moments when the will of a handful of free men breaks through determinism and opens up new roads. -Charles de Gaulle

Freedom has its life in the hearts, the actions, the spirit of men and so it must be daily earned and refreshed – else like a flower cut from its life-giving roots, it will wither and die. -Dwight D. Eisenhower

The patriot’s blood is the seed of Freedom’s tree. -Thomas Campbell

Nothing is more difficult, and therefore more precious, than to be able to decide. -Napoleon Bonaparte 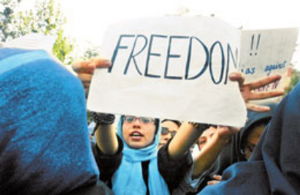 My definition of a free society is a society where it is safe to be unpopular. -Adlai Stevenson

It is easy to take liberty for granted, when you have never had it taken from you. -unknown

We on this continent should never forget that men first crossed the Atlantic not to find soil for their ploughs but to secure liberty for their souls. -Robert J. McCracken

Those who expect to reap the blessings of freedom, must, like men, undergo the fatigue of supporting it. -Thomas Paine

Freedom is the oxygen of the soul. -Moshe Dayan

No one is free when others are oppressed. -Unknown

Men fight for freedom, then they begin to accumulate laws to take it away from themselves. ~unknown

Freedom is that instant between when someone tells you to do something and when you decide how to respond. -Jeffrey Borenstein

Liberty is always dangerous, but it is the safest thing we have. -Harry Emerson Fosdick

We must be free not because we claim freedom, but because we practice it. -William Faulkner

They that can give up essential liberty to obtain a little temporary safety deserve neither liberty nor safety. -Benjamin Franklin

No man can put a chain about the ankle of his fellow man without at last finding the other end fastened about his own neck. -Frederick Douglass

Liberty, when it begins to take root, is a plant of rapid growth. -George Washington

I believe there are more instances of the abridgment of the freedom of the people by gradual and silent encroachments of those in power than by violent and sudden usurpations. -James Madison

Freedom is not worth having if it does not connote freedom to err. -Mahatma Gandhi

Order without liberty and liberty without order are equally destructive. -Theodore Roosevelt 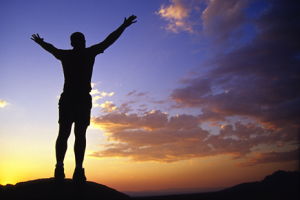 Freedom is nothing else but a chance to be better. -Albert Camus

Men fight for liberty and win it with hard knocks. Their children, brought up easy, let it slip away again, poor fools. And their grandchildren are once more slaves. -D.H. Lawrence

Freedom is the will to be responsible to ourselves. -Nietzsche

The greatest dangers to liberty lurk in insidious encroachment by men of zeal, well-meaning but without understanding. -Louis D. Brandeis

Liberty means responsibility. That is why most men dread it. -George Bernard Shaw

The people never give up their liberties but under some delusion. -Edmund Burke

He who is brave is free. -Seneca

Any existence deprived of freedom is a kind of death. -Gen Michel Aoun

Only the educated are free. -Epictetus

To know how to free oneself is nothing; the arduous thing is to know what to do with one’s freedom. -Andre Gide

Every human has four endowments- self awareness, conscience, independent will and creative imagination. These give us the ultimate human freedom… The power to choose, to respond, to change. -Stephen R. Covey

All good things are wild, and free. -Henry David Thoreau

Give me liberty or give me death. -Patrick Henry

Freedom is never more than one generation away from extinction. We didn’t pass it to our children in the bloodstream. It must be fought for, protected, and handed on for them to do the same. -Ronald Reagan

Freedom prospers when religion is vibrant and the rule of law under God is acknowledged. -Ronald Reagan

Conformity is the jailer of freedom and the enemy of growth. -John F. Kennedy

If the freedom of speech is taken away then dumb and silent we may be led, like sheep to the slaughter. -George Washington

Freedom makes a huge requirement of every human being. With freedom comes responsibility. For the person who is unwilling to grow up, the person who does not want to carry is own weight, this is a frightening prospect. -Eleanor Roosevelt

For to be free is not merely to cast off one’s chains, but to live in a way that respects and enhances the freedom of others. -Nelson Mandela

The Spirit of the Lord is on me, because he has anointed me to proclaim good news to the poor. He has sent me to proclaim freedom for the prisoners and recovery of sight for the blind, to set the oppressed free. -Jesus, Luke 4:18

You, my brothers and sisters, were called to be free. But do not use your freedom to indulge the flesh ; rather, serve one another humbly in love. -Galatians 5:13

What are your favorite quotes about freedom and liberty?  Some listed above or have you some others?