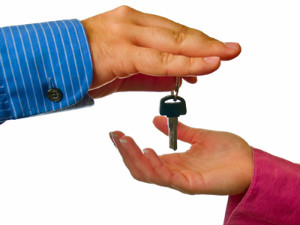 Usually when people set a goal to start doing something, it looks something like this…

Joe decides this is the year he’s going to get into shape and live healthier, so he sets the goal of exercising 3 times a week. Like most of us, Joe is a busy guy. He works full time, commutes a half hour each way to work. He’s married and has a couple kids, which have him out at one activity or another most evenings and weekends. Joe doesn’t have a lot of spare time, but he’s decided exercise is important so he’s going to “make time.”

Three days a week Joe gets up an hour earlier than usual to go to the gym before work. This works great the first couple of weeks because it’s new and exciting and the adrenaline is flowing, but by week 3 it’s starting to wear on him, week 4 he misses a day because he’s just too tired, and by week 6 he’s given up.

What went wrong? Was Joe’s goal bad? Did he fail to take his goal seriously? Did he need fresher smelling gym socks? No, no, and no.

Joe’s problem was he tried to fit 25 hours of stuff into 24 hours.

There are only 24 hours in a day. A stunning revelation, isn’t it? It seems obvious, but usually when faced with the opportunity to take on a new goal or responsibility we seem to think we can warp the space-time continuum. More accurately, we believe we’ll rise to the occasion. We’ll fit it in by doing everything a little faster or more efficiently. The more positive you are and the stronger your can-do attitude, the more likely you are to do this. My wife, Jennifer, will attest to the fact that I am one of the worst offenders.

The solution, is just about as obvious as the revelation that there are 24 hours in a day. To allocate time and energy to something new, stop doing something you’re currently doing.

Trying to stop doing something like smoking, drinking, swearing, or anger outbursts is hard too, because it leaves a void. As the saying goes, nature abhors a vacuum.

Say you’ve got an area in your back yard that’s overgrown with weeds. So, one Saturday you decide to clear it. You work all afternoon and when you’re through you’ve got a nice, clean patch of dirt you can be proud of. But it won’t stay that way for long. Come back a week later and you’ll the weeds already trying to take back that ground.

Try this experiment: After you read this sentence stop for 30 seconds and try to not think about a frog wearing a top hat. Go!

It’s nearly impossible to not think about something by trying not to think about it. It can be done fairly easily, though by focusing on something completely different. It’s also very difficult to keep a patch of dirt free from weeds if you leave it empty. But it can be done fairly easily by covering it with grass, mulch, or some other ground cover.

The same principle is true when it comes to ending a bad habit. If you want to put an end to your anger outbursts and your game plan when you feel angry is just to try not to blow up, you’re going to fail more often than not. You’ll be much more successful if you choose ahead of time that you’re going to trade your anger outbursts for something positive like a run around the block, prayer, or a game of whack-a-mole.

You can’t do it all. There are only 24 hours in a day. You don’t have time NOT to trade up.

Also see: The Ultimate Trade Up: A Paperclip for a House