Sunday the worship service at my church focused on the church and school we partner with in St. Louis Da Nord, Haiti.  You can watch this video to learn more about it.

The school provides books, a uniform, and a meal to 450 kids who otherwise would not get any education.  Our family sponsored 2 of those children last year – a 5 year old girl named Youyoute and a 7 year old boy named Louireus – and we were excited to be able to sponsor the same two children again this year. 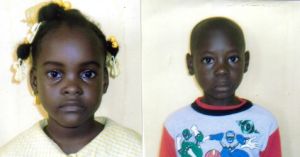 In addition to that…

our church also did a “Five Day Solidarity Challenge” in which we challenged people to eat beans and rice like our friends in Haiti for five days and give the money saved on groceries to the school which is now planning to start a chicken farm in order to become more self-sustaining.

The solidarity challenge came at what seemed at the time to be a bad time for our family.  We forgot it was taking place that week and had already done our grocery shopping for the week.  I also had lunches scheduled for 4 days that week, and it would have been difficult to stick to beans and rice.  Plus like I said, we’re already supporting 2 kids, plus the orphanage in Kenya, the church at large, we did the last solidarity challenge, and we’re saving money so we can go to Kenya next month to serve at the orphanage there.

So, we decided to skip it this time around.

As luck would have it, yesterday I just happened to be reading Shaun Groves’ blog.  He’s a singer and speaker who I have become a huge fan of recently.  Here’s an expert from a post titled In Case of Emergency

Just before our trip to India – thanks to an e-mail from a blog reader – I listened to a sermon by Francis Chan (three times) called “Living To Display The Gospel” and began to rethink the supposed virtues of moderation.

In his message he told the story of how he decided to give away a large sum of money he earned from a successful book deal.  He ended the story by saying that some advocates of moderation have asked him if it’s wise to give all that cash to aid the poor.  “Shouldn’t you put some of it away in case of emergency?”

To which he answered, “Are you saying that what’s happening in ‘the developing world’ isn’t an emergency? …Oh, you mean an emergency that involves me.  Because if it doesn’t involve me then it’s not a real emergency right?”

Ugh!  What a kick in the pants!

Every year 6 million children under the age of 5 die of starvation.

I know if my kids were dying of starvation I would not be holding back money in a savings account for a new car or a rainy day fund in case the air conditioner goes out.

It’s really causing me to wrestle with the entire notion of saving money.  The question is not “How much does God require me to give?”  But rather… how much do I trust God to provide?  And where is the line between trusting God and being irresponsible?  Is it even possible to give too much to the point of irresponsibility?

What do you think?

I don’t know the answers to those questions, but I do know I want to give more and trust more.  And I know I’m going to open up my checkbook and help to fund this chicken farm the school in Haiti is starting.

If you really want to have your world rocked, listen to Francis Chan’s message Living to Display the Gospel for yourself.