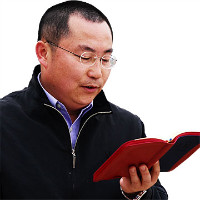 A prominent Chinese economist, Dr. Zhao Xiao was commissioned by his government to study the success of the American economy. He concluded that a moral foundation allowed the economy to flourish, argued that China’s economy would benefit from the spread of the Christian faith, and embraced Christianity himself. He continues to be a respected scholar and government advisor, speaking openly about the influence of Christianity on economics. Our first non-English speaking faculty member, he will lean on a gifted translator to share his thoughts on the relationship between morality and a market economy, the state of the Church in China, and the challenges of leadership as a Christian in a secular Communist country.